So I may have mentioned once or twice on here that I’m “terrified of lows”. And I’m sure no one likes the: sweaty, confused, shaky, shaky, shaky, cold, hot, sweaty, crying…

I hadn’t cried in a long time until yesterday night. Not boasting – just saying – because once upon a time (8 or 9 years ago, when I was a teenage girl) I cried a lot (back then I also didn’t have diabetes, so I’m not sure what there was to cry about J) …

Some of you may know that last week (see: “frustrated”), I switched from Humulin R and N to Levemir and Humalog. Overall, it’s going fine. I’m trying to work out the basals, which is kind of working (i.e. I woke up at 6:40 this morning, and was at a BG level of 146 mg/dl with no corrections overnight, which would never happen on N J). On the other hand, fast-acting insulins scare me a little because of how fast BG can drop an hour or two after use, so I really have to get better at dosing with 100% accuracy and (more importantly?) waiting to eat after bolusing to improve post-prandial #s (which have sucked ass for the last few days)…

And then there is that one word: exercise. I suck at it, and can be only be defined as “inconsistent” when it comes to it (and some other things). I am 5’4” tall (1.63 m) and 115 lbs (52 kg) (on a good day), and also: I’m out of shape (read: can’t run 10 minutes without being out of breath). But, nevertheless – capable of running… SO – yesterday, when I got home and was feeling stressed about: comprehensive exams for my Ph.D. at the end of the month, never having enough time to clean the house anymore, diabetes, my beautiful puppies being more lonely during the semester.. I decided to (wait for it: exercise!). Not really. More like run around for 20-30 minutes with my dogs (read: lunges, sprints, laughter, throwing objects)… But it was fun, and (as I found out 2 hours later) totally counts as exercise (as do cleaning and sex). 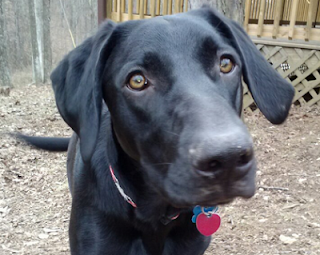 I was around 140 before dinner (cgm #, because I am slightly lacking in test strips for a few days). Not giving much thought to the puppy play, I proceeded to dose 3 U of Humalog immediately before a dinner of: couscous (~44 g carb), chicken (negligible), and broccoli (tends to be negligible for me, as many vegetables are). Noticing about 30-45 minutes after, that I wasn’t peaking (at all, according to Dexcom), and considering the puppy play, I ate a small apple (a fibrous wonder of ~9 grabs of carbs). Also, I had some beer (about 2 lite beers, ~6.5 g carbs, and yes, I know OH lowers BG J).

Given my ratio of 1U:15 g carb, I thought I kind of nailed it. Nevertheless, 1.5 hrs after all this, I felt “OFF”. (I hate and love that feeling, because it’s a warning, but it’s terrifying). My brain felt “jello-like”? According to the CGM, I was @ 127 and steady. According to my Accu Chek I was 88. OK. I had a little juice, thinking “no big deal, just a bit of juice will do it.” (Don’t overtreat in the 80s, even post-prandially, don’t overtreat in the 80s…) BUT, about 10 minutes later, my Dexcom started yelling that I was 66 and falling, and all of the sudden I started feeling: sweaty, confused, shaky, shaky, shaky, cold, hot, sweaty. Oh, and also: my heart was beating out of my chest - HARD. At this point, I had more juice, and then (all of the sudden!) I found myself to be a crying mess, asking my husband to “bring me more juice in case I needed to drink more.” And I started crying more and more….

Then – I broke down and I told him about that time in Costa Rica 4 years ago, when I pre-dosed 3 U of R for dinner when I was 37 (I tested after I dosed, because I was rebellious and stupid, and determined not to let diabetes completely and totally rule my life). I told him how I chugged the sodapop that night at the hotel, bottle after bottle). And I told him how I was too proud to say anything, and how I had to be in control of myself, because I would never let anyone help me…

And then, saying all this through my tears, I remembered all of the sudden how BRAVE (young?) I used to be. It’s as if my stupidity back then inversely correlated with a sense of any fear. EVER. [Also I felt more in control of myself today, because I had plenty of juice as well as Glucagon. I have been carrying Glucagon with me only the last 1 year out of the last 6 years of being a Type 1 Diabetic]. I felt (slightly) better. Then I tested, and I was only 84 (after all that juice) and I drank more juice, still not feeling 100% (I’m also pretty sure that my meter of the last 4 years needs to be retired, because that felt like a 55-60 BG). Also I knew that I completely over-treated a low that was in the 60s at best.

I don’t know how you do it, #doc. When I read (once upon a time) Kerri Morrone Sparlings’s (@sixuntilme) post that she wrote at a BG=55, I wondered “wtf? If I was 55 right now, I would be destroying the contents of my fridge”. But, that is BRAVE: to trust your body and your math skills in time of crisis and not over-treat.  I know I can deal (even at a BG of 37), because it’s happened and I’ve lived. Nevertheless, I know it can end badly. And that’s the terrifying part…

Nevertheless, I love my diabetes. When I was diagnosed and finally accepted treatment, a teacher told me: “If you want to live a long and healthy life, find a disease – then nurse it.” Kind of stuck with me.